JustOn can offset non-related invoices and credits of an account via settlements – an operation also known as clearing.

Think of a marketplace scenario: You sell products that are delivered by a participating organization. On the one hand, as you receive the customer's money, you have to pay out the vendor. To this end, you create a credit. On the other hand, you charge the vendor a commission for your brokerage, issuing an invoice. Now you can offset the invoice against the credit, thus settling the invoice and reducing the credit amount.

Generally, JustOn settles an open invoice against a new credit, and an open credit against a new invoice (also referred to as the settlement target).

Be aware of the following specifics:

The settlement itself is implemented by balances on the open invoice and on the new (target) invoice.

The settled amount does not exceed the balance of the target invoice to avoid an overpayment.

There are two approaches for settling invoices or credits: 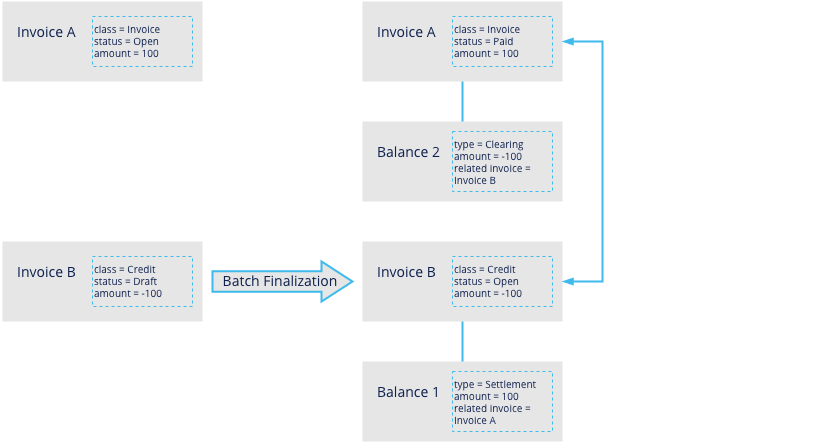 Automatically settling an invoice against a credit

JustOn creates the balance of the type Settlement on the new (target) invoice immediately when completing the settlement operation, irrespective of the invoice status (Draft or Open). When the target invoice is finalized (set Open), the open invoice to be settled gets the corresponding balance of the type Clearing, and at the same time, it is set Paid (in case of invoices) or Settled (in case of credits). If the target invoice is already Open itself, the open invoice to be settled is assigned the Clearing balance and set Paid or Settled immediately when completing the settlement operation. 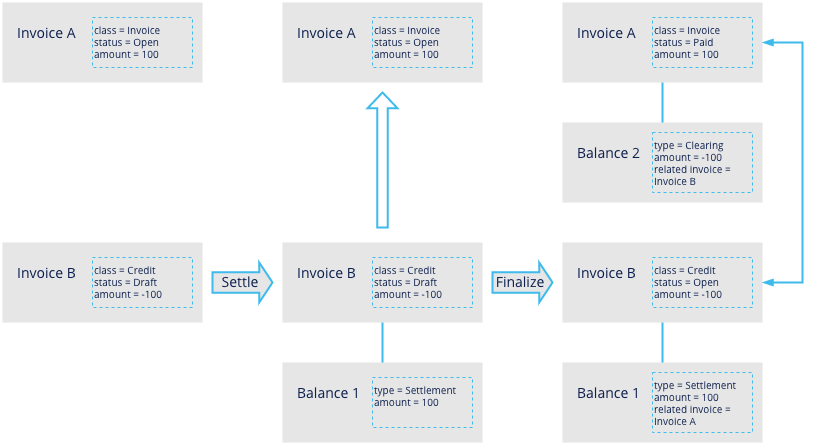 Manually settling an invoice against a credit